Every year, our budding young performers in Year 9, Year 10 and Year 11 are given the opportunity to take centre stage in a Shakespeare play. Here, Luke Prowse Baldwin our Theatre Practitioner reflects on this year’s impressive production of A Midsummer Night’s Dream, which ran for three performances in the Richard Whiteley Theatre last week.

“The post-show blues are yet to go away! As a production team, we are incredibly proud of what we created, especially the performances of our superb cast. Shakespearean texts are undoubtedly some of the very hardest to deliver, and the challenge was only heightened by the immersive setup. Despite this, we were once again blown away by both the confidence and understanding of each production element that these young people showcased more and more throughout the process.

It’s important to remember that the youngest members of the cast were just thirteen, and for many, this production was the most demanding piece of theatre they’ve ever been a part of. Taking this into account, the ease at which they adapted to the needs of the show must be highly commended.

Huge credit must also be given to the company’s more experienced students, who led by example throughout rehearsals and the run of shows themselves. Cast members constantly pushed boundaries, and whilst a number of these ideas needed refining, their proactive mentality paved the way for the gutsy moments of others. Our Year 13 assistant directors were very useful in passing on their expertise to the cast as well.

Making this show with such talented individuals was wonderful, and sharing it was even better, but it’s not all down to the children. As fantastic as the cast and musicians were, those young people wouldn’t have had an experience as magical without such brilliant audiences! Thank you to all those involved, and thank you to everyone who came to see it." 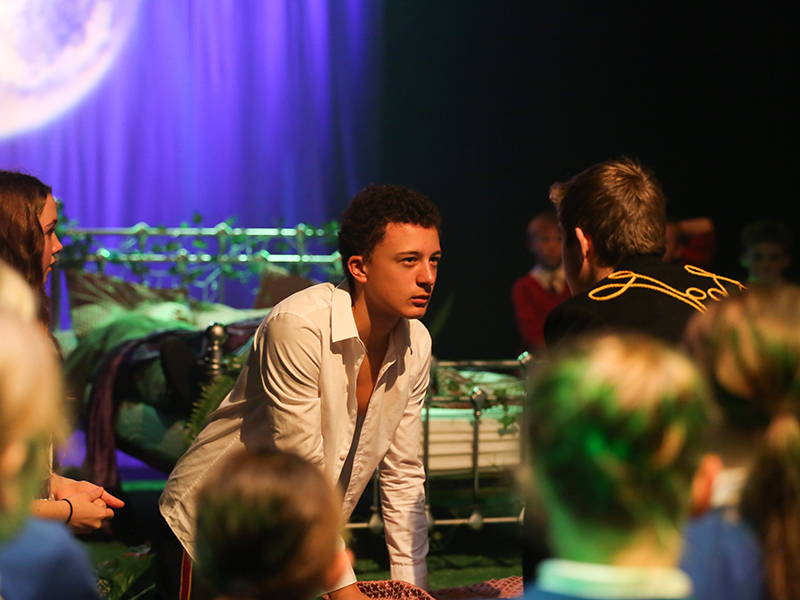